What You Should Know Before Going to East Hanover, New Jersey

Nestled comfortably against the Whippany River and Passaic River in Morris County, New Jersey, East Hanover represents an idyllic slice of life in the state. Despite being one of the smallest towns in New Jersey, residents of East Hanover homes enjoy some of the best quality-of-life in the entire region. Coccia Real Estate has taken the time to highlight six fun facts about East Hanover. How many do you think you know?

The First Settlers of East Hanover Were the Lenni-Lenape Indians

As with much of New Jersey, the Native Americans that originally lived in the area were the Lenni-Lenape, which translates to “original people.” The Lenni-Lenape were divided into three subtribes. The Unami, or “people down the river,” were the subtribe that occupied East Hanover. They were attracted to the area’s embarrassment of riches: quality water, abundant animal life, and separate enough from other Native American tribes located on the Delaware and Hudson Rivers.

East Hanover is One of New Jersey’s Newest Cities.

As one of the original colonies, New Jersey is very old, indeed. Hanover Township was the very first settlement in northwest New Jersey, when it was settled along the Whippany River in 1685.

But East Hanover didn’t officially become a town until 1928. That year, East Hanover was officially incorporated by an act of New Jersey Legislature and referendum results, dividing itself from Hanover Township, along with Parsippany-Troy Hills.

Important ancestries with which people in East Hanover identify are based in several European, Hispanic and Asian regions. It also is the 15th most Italian municipality in the United States. While the predominant language spoken unsurprisingly is English, many people speak Spanish, Chinese, Italian and Vietnamese as well.

East Hanover is very much a white-collar town, with most individuals working in sales, offices, professional positions and management occupations. East Hanover residents work more in math and computers than 95% of the rest of the country. This likely is due to 39.94% of adults in East Hanover owning at least a bachelor’s degree, nearly twice the national average.

The Hanover Name is German

While the area was settled in 1685, the settlement wasn’t bequeathed its name for 35 years. In the year 1720, Hanover Township was officially created and named after the British King George I, then the ruler of the American colonies. Remember, East Hanover residents were still loyalists then. The revolution wasn’t for 50 more years!

King George was part of the German dynastic House of Hanover. This royal family provided monarchs to Great Britain and Ireland, beginning in 1714. Rule continued until the death of Queen Victoria in 1901.

From the 1950s to the 1970s, the population of East Hanover tripled to 7,734 residents. But that wasn’t enough for the New York Times to resist writing about the town’s two idiosyncrasies: 1) It had three cemeteries on Ridgedale Avenue and 2) the dead outnumbered the living, 9 to 1.

The opening of Interstate 280 in 1973 completely changed the dynamic of the town, bringing in more residents and industries that have helped the town flourish. 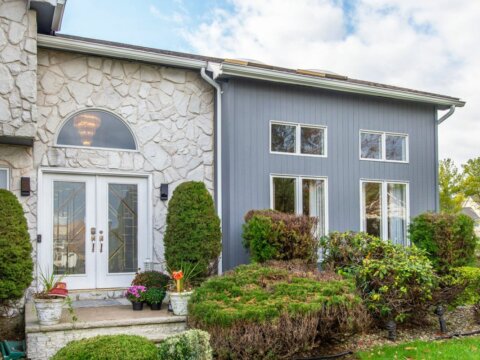 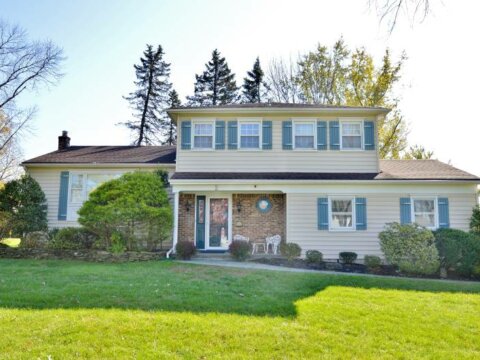